haha
It makes me wonder : what a normal guy is ?

Everyone now will be afraid to criticize Spitfire or HZ or even worse..to mention my name...
Top

Yep. At the beginning of the last Farkle Friday, one guy said he was already registered here but didn't post anything yet, out of fear of being banned "from the other" forum. It is not FF's point to address this issue so the subject moved on quickly.

Concerning the "normal guy" thing, it was defined by a sociologist named Quetelet at the beginning of the 19th century (though other definitions of normality, related to "manias", arosed at that time with the emergence of the "alienist" school of psychology, like Esquirol and Pinel, but those other definitions will be discarded in the 1850s, according to Michel Foucault's lessons about "the Abnormals" at the Collège de France). Quetelet states "normality" is a sociological average. Simple enough, isn't it?

Problem is: the average doesn't exist per se, it's just a mathematical entity. If someone was intellectually, physically, behaviouraly, culturally in the average, it would seem exceptional. It's like at the beginning of the movie Idiocracy, when the narrator says the main character is "exceptionally normal" because he's so much in the average it becomes remarkable!

Point is: speaking exclusively to normal people is like dramatically narrowing your audience, because normal people are... exceptional, rare. Look at us, and look at the guys who post a lot on VI-C: we're all a bit crazy. Because we're passionate. There is nothing wrong about it. (I'd also add: being aware of oneself's grain of madness facilitates putting oneself in question.)
Top 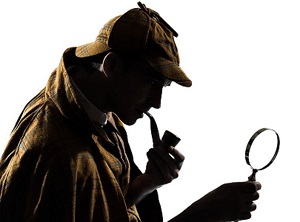 Everyone now will be afraid to criticize Spitfire or HZ or even worse..to mention my name...

It's funny you should say that. I noticed that Mike Greene recently changed "Headshot" to "Sam" in a thread title. So it seems Mike is afraid of that name being mentioned. Curious censorship.


Also, reading through that thread it's hilarious how many people are trying to control the WAY someone voices an opinion. These snowflakes need nice and fluffy words so as to not feel offended, regardless of the content of the message. As long as you're not straight up personally attacking someone you should be able to voice an opinion any way you want. These people that try to influence/control the way others choose their own words makes me sick.
Top

Yo Daniel, don't let that forum get to you. It's become the sewer of the industry. Ignore the bad energy, keep doing what you love. I stopped going to the VI forum ages ago. I own only one Spitfire product I think. I'm sure they are great libraries, but there are so many other great ones too. It's funny about the sample library business. Those who make the best products are the thin skinned creative fragile souls who started out wanting to make something useful for the community, but ended up making so much money from it, it became their primary income source. Double edged sword, because now you have creative, sensitive, fragile individuals conducting business with arguably the most critical crowd out there. A perfect storm [​IMG]:) But seriously, just brush this one off. When people create a product and market it for a lot of money they need to accept the honest feedback that follows from the community.

I always loved Daniels attitude. Fucking SUCKS that he had to jump on the anti-Samy bandwagon. I've said it before, but I honestly couldn't believe he (and Verta) did that. They were literally the only two dudes I had any respect for in that place and they just had to go and be part of the pitch fork crowd. /sigh
Top

Just for reference and to lighten up the odd topic :)

(This one is all samples, by the way)
https://www.youtube.com/watch?v=0atOMhiDqBY
Top

There were also replies from Paul Thomson, Lorne Balfe and Frederick Russ. Obviously, posting this story on FB dramatically widened its visibility.
Top

Last night I saw the posts from Frederick and Lorne, but not Paul’s. What did he say? Will it make blood shoot out of my eyes? Lol
Top

Spitfire was not involved with the VI-C decision. (It's in the answers to the Lorne Balfe's post, along with a Strickland's one.)
Top

raphael.badawi wrote: ↑
Mon 11 Jun 2018 08:01
Yep. At the beginning of the last Farkle Friday, one guy said he was already registered here but didn't post anything yet, out of fear of being banned "from the other" forum.


Audioholic wrote: ↑
Mon 11 Jun 2018 15:08
These people that try to influence/control the way others choose their own words makes me sick.


Yes, but the level of hypocrisy of some members makes me even sicker : Absolutely, thats definitely the worst part. I just think that the thought police, along with the hypocrites, each do their own part to make that place the absolute shithole that it is.
Top

Audioholic wrote: ↑
Mon 11 Jun 2018 16:27
I just think that the thought police, along with the hypocrites, each do their own part to make that place the absolute shithole that it is.

Indeed, offended people are one of the scourge of our time.
Top
Post Reply
193 posts