FriFlo wrote: ↑
Fri 27 Dec 2019 15:52
It seems clear to me, that capitalism and free market does not always lead to the biggest progress possible.

It definitely doesn’t when the target demographic is full of sycophant dumbass retards! Many of these companies are selling the sample version of a fucking Yugo marketed as a Rolls Royce....and the consumers of the products just bend over saying “yes, please, may we have more!?”

Placing such massive importance on the “feelings” and “good intentions” of developers has been a huge detriment. How many times do you read: “well, so and so developer won’t even participate on the forums anymore due to HATE and CRITICISM”

My response to that? Fuck them! They’re running businesses NOT charities. If your business sucks you deserve to be called out and to fail if need be. The other day CH referred to $1000 as “beer money”. These people are out of touch, but the compliant asskissers that make up the majority of VIC allow them to get away with it.
Top

FriFlo wrote: ↑
Fri 27 Dec 2019 15:52
Well, speaking of those features like Staccato legato scripting - actually VSL did many of those repetitions on their libraries years ago! So, I wouldn't say we don't have the technology to accomplish it (maybe not as good as live, but a lot better than what we got)! But the thing is, in spite of so many companies producing samples these days, there hasn't been significant progress in the last 10 years! We got samples that sound better out of the box and arguably that is progress, as it is not possible to make a Sample Modeling or VSL sequence (both being pretty dry) to sound perfectly as a recoding in Teldex or Air Studios. You might get far with it, but when all of your sounds in a piece are done like that, you get a plastic sound form it. This is particularly the case listening to VSL Demos with prominent brass.
But apart from having more options of libraries recorded in situ with more or less reverberant room sound, we have hardly any progress in making articulations more convincing. Only with modeling we have a small advance in this area at the cost of more or less more plastic sound ...
And the reason for this is the dumb masses buying samples from developers with very limited imagination. Look at what Spitfire does! They made some orchestral libraries, a few decent ones like the Chamber Strings. Ok, form then on, they could have done more articulations and special techniques! But instead, they did lots of ambient pad sounds for lazy composers that just want to hit a few keys and have a decent track laid out.
Orchestral Tools had more imagination from how I see it. Their software player shows, that they still have! But JXL is a big step back from that! Instead of improving Berlin Brass, which was great with some flaws, they also joined forces with "one of the most stable geniuses" in the world of composition and basically produced a BRAMMM-library. Just imagine, what they could have done with the same resources to improve on Berlin Brass?
Who is to blame for it? The developers? The customers who are to limited to understand? Or a little bit of both?
It seems clear to me, that capitalism and free market does not always lead to the biggest progress possible. But you cannot avoid seeing that technology alone would allow for much greater tools compared to what is available. There is just no market for it, as there are hardly any composers left who would even notice ...

Oh, good ol' VSL did it! I don't pay so much attention to them because I don't like the sound of most of their libraries... just to close and too much work (if it works at all) to make it sound like a nice large studio/concert hall recording, which is my usual sound preference.

Quite unfortunate that others haven't picked up on that and there indeed isn't much innovation happening across most labels. Except playability - actually Spitfire for instance has the Performance Legato patches. The big problem though is - the actual legato is not very good haha (or inconsistent. Some things sound very good, others... meeeh). So yea, great intuitive switching between lyrical and runs legato + staccatos - too bad that they can't do the actual legato really well.

But in terms of scripting innovation - I have high faith in Performance Samples and their outside the box thinking when it comes to sampling. There are already examples of exceptional scripting (Violins A - mad legato, Fluid Shorts II and it's auto speed, Oceania Choir with the insanely fluid staccato/longs and everything in between switching etc) and certainly much more to come!

By the way, from what I have heard of Junkie XL Brass I'm not fully convinced by anything except Tuba ans Trombones, but it's far from BRAMMM library. The way the staccatissimos are pulling of repetitions is mad and 5 dynamic layers is fairly unusual. Even though the crossfading into higher dynamics is anything but smooth. :(
Top 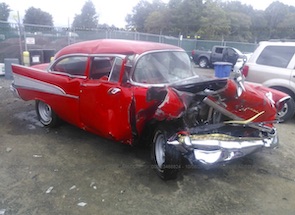 No, there is an objective lack of musical invention and that is nurtured by customers buying uninventive stuff. This may lead "a little bit" off topic ... there is a crisis of both democracy and capitalism going on at the moment. For example: we are destroying our planet by producing and spending too much. But capitalism is based on eternal growth. That is why we fail at fixing this! We are not ready to accept that the whole system we live in is responsible for it and that there is simply no way out of it ...
Capitalism is a good system to make progress at a certain point ... e.g.: when you look for the best medicine for a disease, different companies compete against each other to find the best cure. As long, as there are enough sick people who can pay enough money, they will do their best to find a cure. There are some diseases, however, that are very rare. They are not looking for a cure for those (I am not making this up!).
So, you see, there are situations, where capitalism works and then there are some, where it utterly fails. IMO we are at a critical point in history where capitalism in its current form is failing in essential points. Having the best virtual instruments is certainly NOT one of them! :-) But it is a good example non the less, why it does not always yield the best results.
The majority wanting a certain kind of VST-product more or a single person like me wanting another both is NOT objective, of course. But progress mostly IS objective! You can measure it (in this case) by a growing number of tools that become available and make mockups more realistic. I would exactly know some things I would experiment with to find better midi tools and I am not even a technical expert (just a professional user)! Things that would cost money, recording time, experimentation ... why do you think something like that does not happen so much with samples any more? Why did it happen with VSL? Basically all features have been done by VSL: repetitions of various sorts, true legato, ... and why could VSL do it? Because they got funding form the state. You may not know it, but it is true ... :-)
I am not saying, state intervention is always the solution. But your notion that capitalism is always producing the best result is very naive! You should think about it more sincerely.
Top

@DarkestShadow: I admit that BRAMM-library is going a bit far ... I also think that it would be great to have 5 dynamic layers! But I would prefer that in the fashion of Berlin Brass, not JXL. I am sure JXL is usable for certain things. But just listen to those demos! So much of this Brass sounds unnatural. And that cannot be only due to the fact that people misused it. They just recorded to loud and nasty top layers ...
Top

Dude use some paragraph breaks!!!! I ‘think’ I agree with a lot and or some of what you say but it’s getting all over the place and I’m 15 bourbon shots into my evening lmao. I’m either too high or not high enough to follow. (All in good fun)

And you can go off topic because I actually even haven’t posted much pertaining to said topic yet myself. And I started it lol.
Top

Using paragraphs, it looks like even more text ... ;-)
But you should understand one thing about me: This is how I write when I am totally sober and haven't used any substance! Luckily for you, I rarely write in forums drunk ...
Top 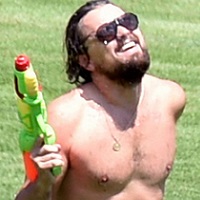 I think it's Blakus lmao Waiting for the screenshots @Audioholic ;)

Thanks for the audio Junior! An obvious low effort troll that showed once again how dumb the VIC sheep are.

Curious how they thought it was ok when their master Zimmer also faked mockups hmmmm...... Greedy Greene bent over like a good slut and banned the only person man enough to call The Phony out.
Top

I’ll be able to get to it by this weekend. Busy with the holidays and need to set up a new image hosting account since my previous one wants my $$ now, apparently.
Top
Post Reply
39 posts